Unlike most other forms of art, a  filmmaker is lost without a team of collaborators. Everybody on this team does their best to make the film the best they can. So without further ado, meet our team: 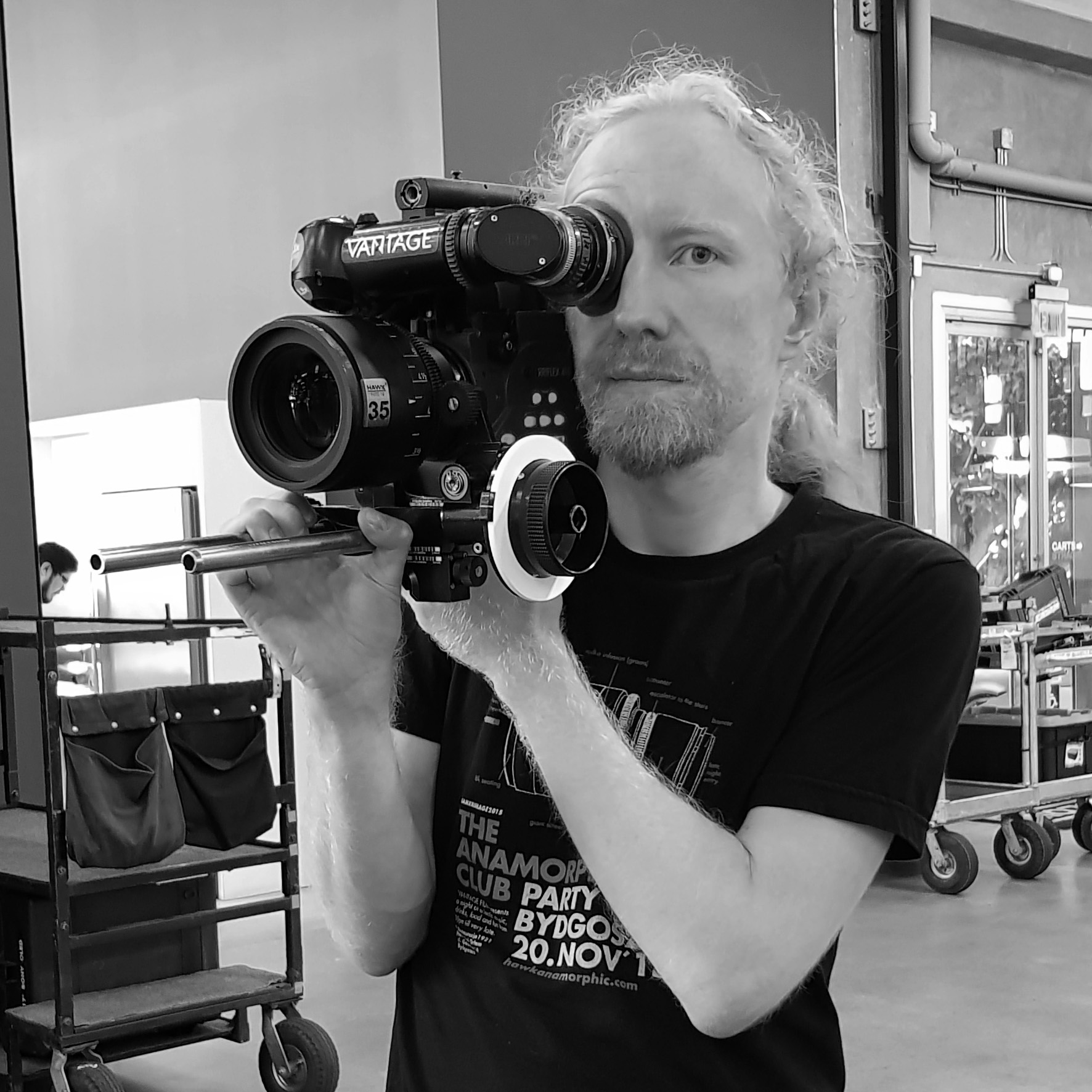 David Auner, aac is a cinematographer based in Los Angeles and a Second Year Cinematography Fellow at the American Film Institute Conservatory. He was born and raised in Graz, Austria, where his grandfather, a retired photographer, started teaching him film photography at a very early age. After graduating from high school he moved to Vienna. He started working in various positions in the camera department and as a photographer. Over the next 15 years, he moved to narrative projects but retains a love for documentaries. A strong advocate of photochemical film and in camera effects David has always been a big fan of science fiction and the dark and mysterious. He likes to spend his spare time with film photography and developing, the cinema, music and travel. He graduated from Middlesex University, London, with a BA in Digital Film Arts and is a member of the Austrian Association of Cinematographers. 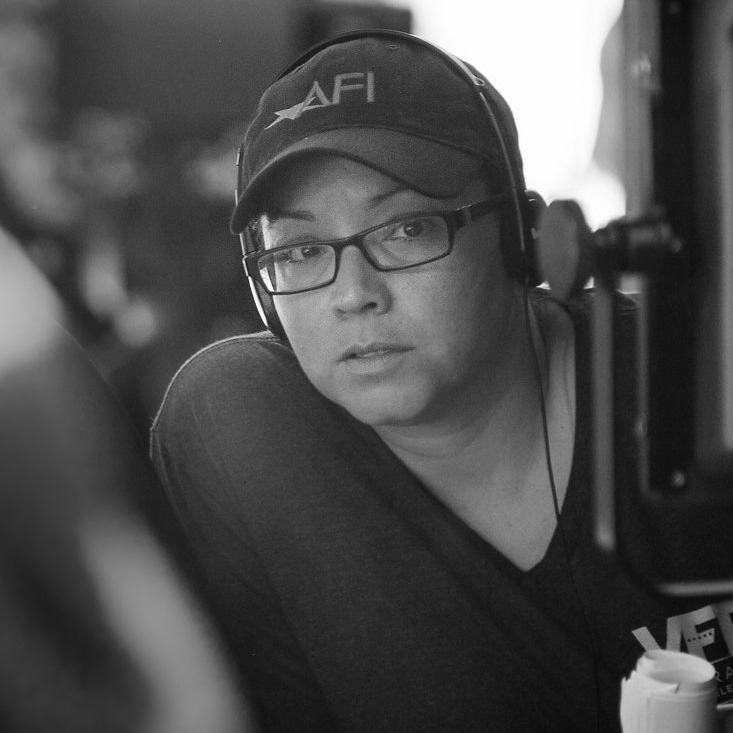 Rebecca Murga is an award-winning filmmaker who works in Los Angeles as a writer and director. She produces and directs films, commercials, documentaries and branded content. Past clients include ABC, CBS, FOX, NHL, MLB, NBA, ESPN, Mid-Atlantic Sports Network, HBO, and A&E Networks. She most recently directed the ABC TALENT SHOWCASE held at the EL Portal Theatre on Nov 7, 2017. Rebecca served as a Captain in the U.S. Army and has deployed to Iraq, Kuwait, and Afghanistan. In 2011, she deployed in Afghanistan where she was attached to a Special Operation Command supporting SEAL teams and Special Forces in Afghanistan. She has completed the AFI Directing Workshop for Women and is currently in the Disney / ABC Directing Program. Rebecca has been the recipient of several film grants including the National Association of Latino Independent Producers (NALIP) grant financed by the Time Warner Foundation and National Endowment of the Arts, the Panavision New Filmmakers Grant, and The Nancy Malone Directing Fellowship. 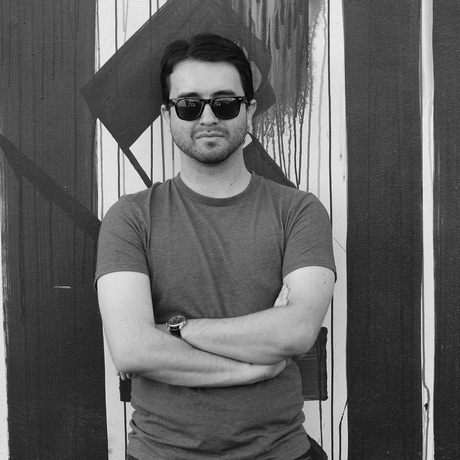 Joshua Valle fell in love with films at a young age, watching every entry of AFI’s 100 Greatest Films of All Time. Armed with a checklist and a Blockbuster Video membership card, he began his film education one VHS at a time. Joshua would formalize his education at the University of California, Berkeley, studying film theory and publishing his analysis of Michael Bay’s oeuvre in a local magazine. Up next was a move to Los Angeles, where he would work his way up from production assistant to producer over the next six years before attending the American Film Institute Conservatory. During his time there, Joshua would go on to work at a breakneck speed, not only producing over a dozen short films for his coursework, but simultaneously working as a production manager on a pilot and feature film that would feature on the Freeform Network (The Friendless Five) and Netflix (XX Anthologies). Joshua’s thesis film, SNOWPLOW, would go on to be nominated for three Student Emmy Awards, including a nomination for Joshua in the Best Narrative Film, Drama category. SNOWPLOW would also go on to win a Grand Jury Prize at the DGA Student Film Awards and an ASC Award for Best Student Cinematography. Before graduation, Joshua produced his first feature film, Saviors, which will debut at the CineQuest Film Festival in San Jose, CA in March of 2018. 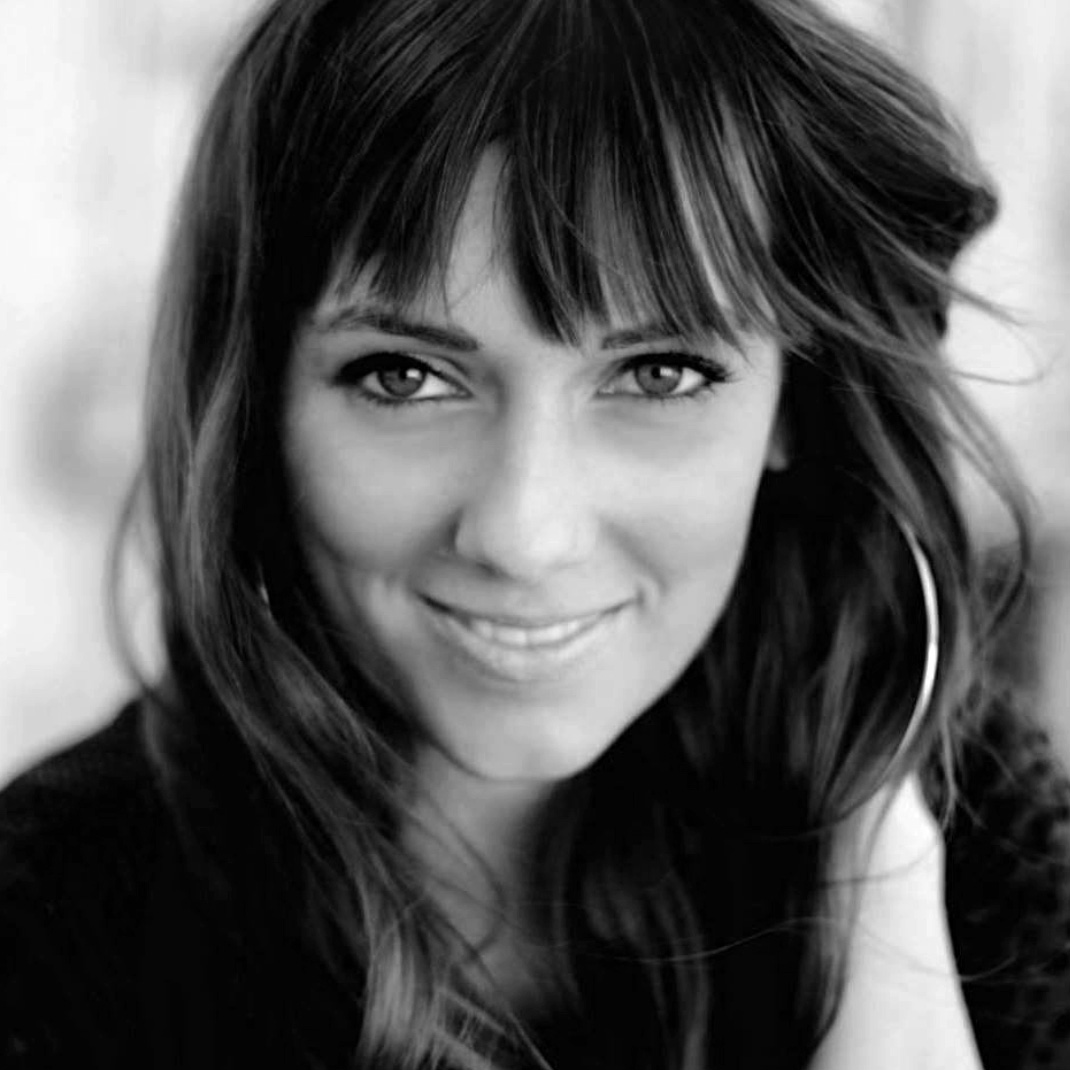 Whitney Nicole Shumaker is a Los Angeles based filmmaker, experienced in various aspects of the film industry. She began her career as an actress, most notably as Andy Hurley's love interest in the Fall Out Boy music video series: The Young Blood Chronicles. After one year of living in Los Angeles, she joined the Screen Actor’s Guild and shortly after was featured on a number of television shows including New Girl, Workaholics, and HBO’s West World. She worked as a photo double for Sasha Pieterse on Pretty Little Liars and most pretentiously photo doubled for Jennifer Laurence on the David O'Russel film Joy. Since then Whitney has crewed a number of big budget features and even directed a few of her own shorts: Nina, Signs of Love, and Maxwell. In 2015 she was a finalist for American Film Institute’s Directing Workshop for Women. Most recently Whitney has worked as the 1st Assistant Director on various AFI shorts films including: Hamster, The Stork, Barren, The Hitchhiking Game, and Fear in Me. 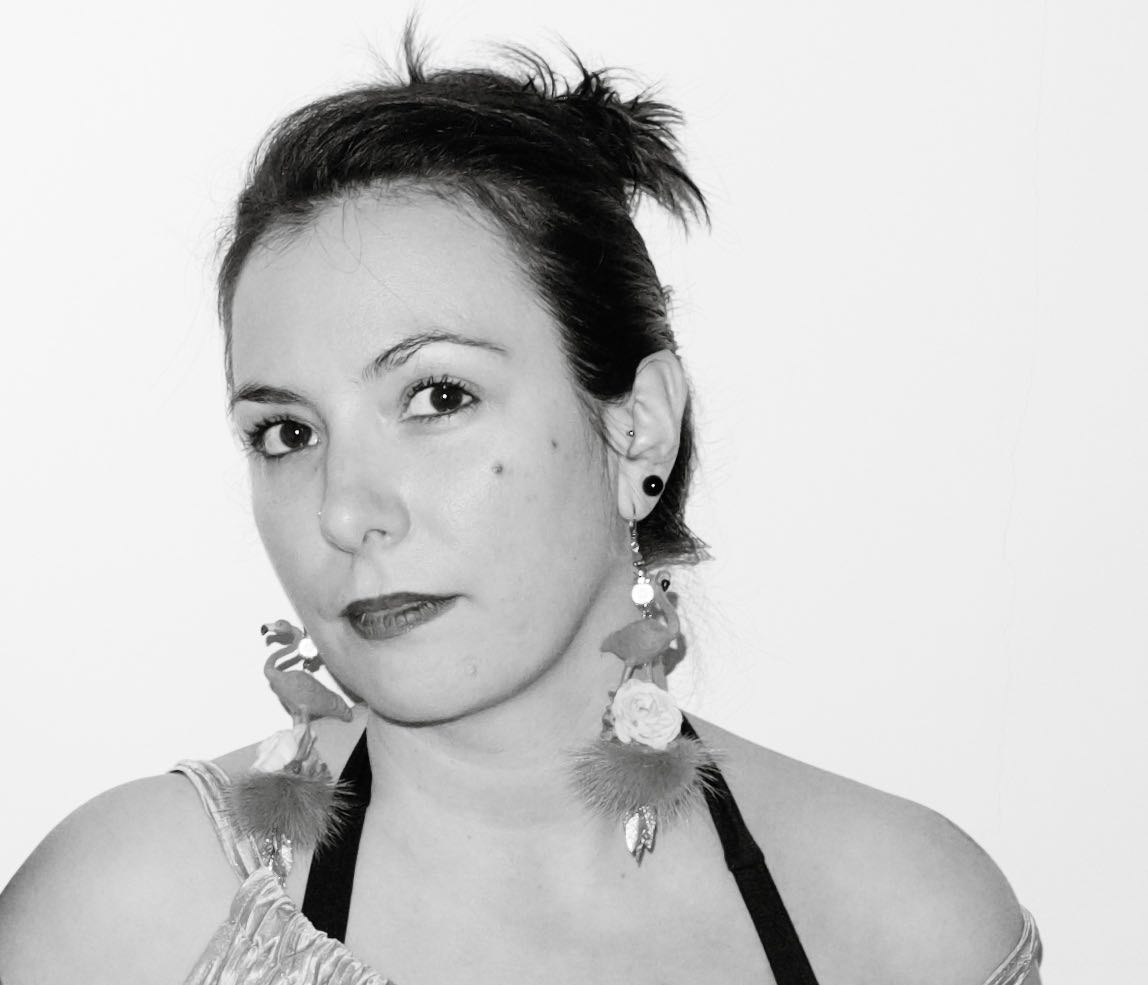 When Ruth studied Theater and Film at the University of Vienna she started to develop screenplays and stage plays for the first time. To get engaged in film business she began to work in the production department. Over the next few years Ruth mainly worked on commercials, music videos and short movies. She worked her way up to production management and junior producer. In most of her productions she was closely involved in the development. On several projects she also worked as a co-writer. Over the years she began to be more drawn to writing than to producing and picked up writing her own screenplays again. To advance her skills as a professional writer she applied for the UCLA screen-writing program and graduated in June 2017. 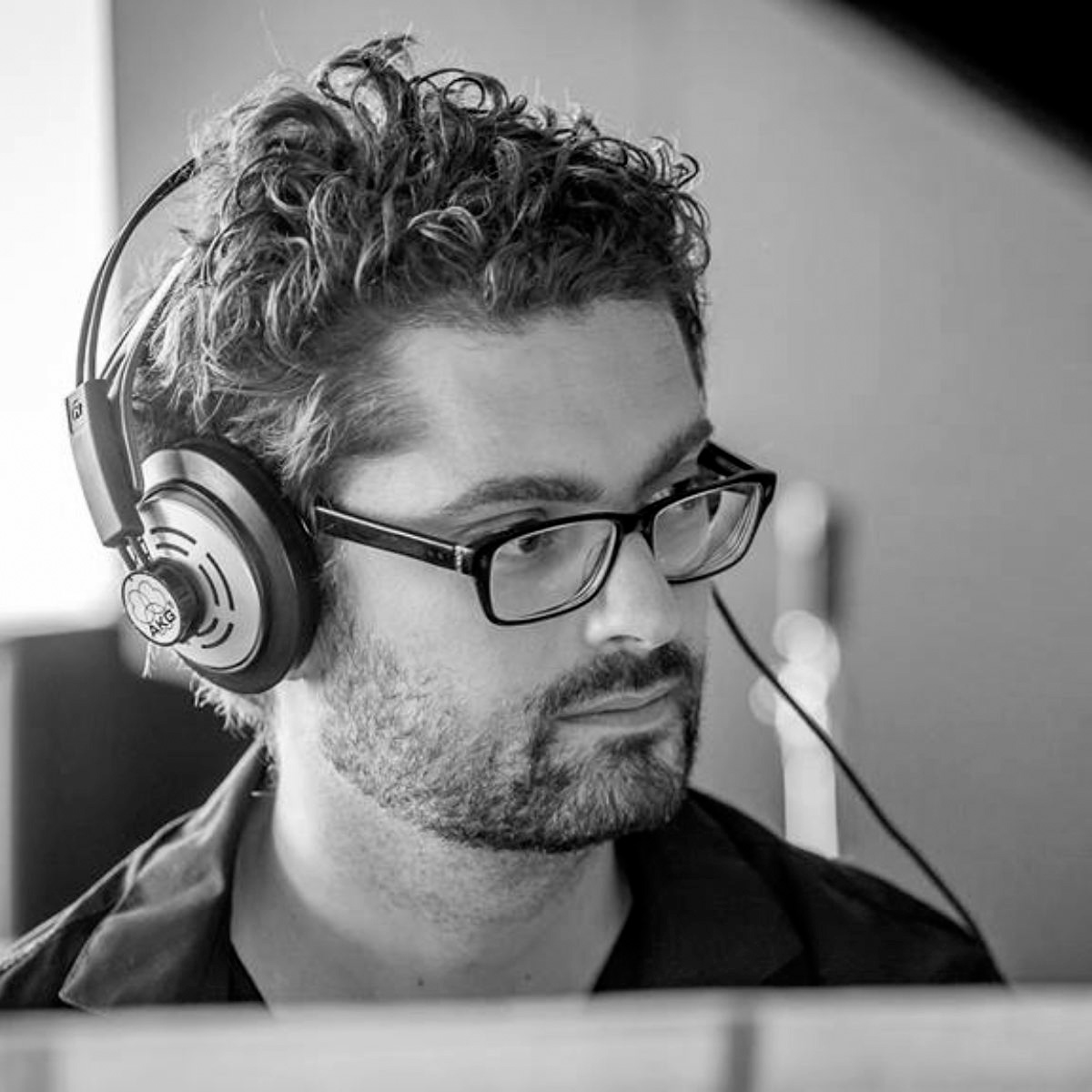 Born in West Mersea, UK, Mark is a classically trained pianist, composer and arranger. Following his music degree studies, Mark relocated to the Caribbean island of Grenada where he contributed to the construction of a music school for local children. He has been living in Vienna, Austria since 2008. Mark divides his time between working as a piano accompanist at the world famous Vienna Konzerthaus and composing soundtracks for film/TV and new media. He also plays with a number of bands, having also toured extensively throughout Europe.