Canadian native Brooke Nevin is most recognized for her leading role on the A&E Network series “Breakout Kings” and HBO Canada’s award-winning dark comedy “Call Me Fitz.” Other television work includes recurring arcs on “Scorpion”, “C.S.I.” and “Chicago Fire” and most recently on the CBS high-octane hit action series’ “S.W.A.T.” and “Lethal Weapon.”
On the feature film front, Nevin’s credits include a leading role alongside David Koechner and Melora Hardin in the Fox Atomic comedy “The Comebacks” and the critically acclaimed indie “Archie’s Final Project” which garnered festival awards around the globe including the Berlinale Crystal Bear. She can be seen in the upcoming romantic comedy “Construction” from Vision Vehicle Productions and YouTube Red feature thriller “The Thinning: New World Order.” Other film credits with AFI include the DWW program thesis short film “Zelos.” 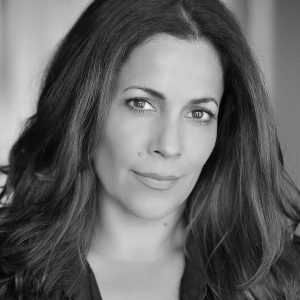 Andrea Grano’s most recent credits include the award winning indie feature BFFs (which she also co-wrote and produced), the indie feature People You May Know, the period drama No God, No Master (opposite Academy Award Nominee David Strathairn, for which she was nominated for best supporting actress at the St Tropez Int’l Film Fest, and best actress at the
Madrid Int’l Film Festival) the features Homecoming, Outside Sales, Primo, Knuckle Sandwich, and Tim Burton’s Planet of the Apes. Her television credits include recurring roles on Fox’s “24”, “The Young and the Restless”, and David Kelly’s “Girl’s Club”. She has also guest starred on shows such as “How to Get Away With Murder”, “NCIS”, “Shameless”, “Intelligence”, “Brothers and Sisters”, “Law and Order, Los Angeles”, and “Castle”.
She has performed in numerous plays with The Echo Theater Company, including Jessica Goldberg’s Better, Gary Lennon’s A Family Thing, God’s Ear, and the world premieres of David Ives’ The Other Woman and Kate Robin’s ANON. She starred Off- Broadway in the world premiere of White’s Lies opposite Betty Buckley.